Tube based external phono preamplifiers are the preference of music lovers who prefer the sonic virtues of analogue reproduction. Modern MC (moving coil) pickup systems, with their low output signal, cannot be connected to a tube based phono stage without an additional step up transformer to keep the total noise to an acceptable level.

When OCTAVE was founded, Andreas Hofmann began developing phonostage preamplifiers with an electronic MC input, because transformers are very sensitive to magnetic stray fields and they are limited in respect of the load impedance and the amplification factor. The OCTAVE Phono Module is a full feature phone preamplifier which allows the use of three different Input modules and three different Output modules. 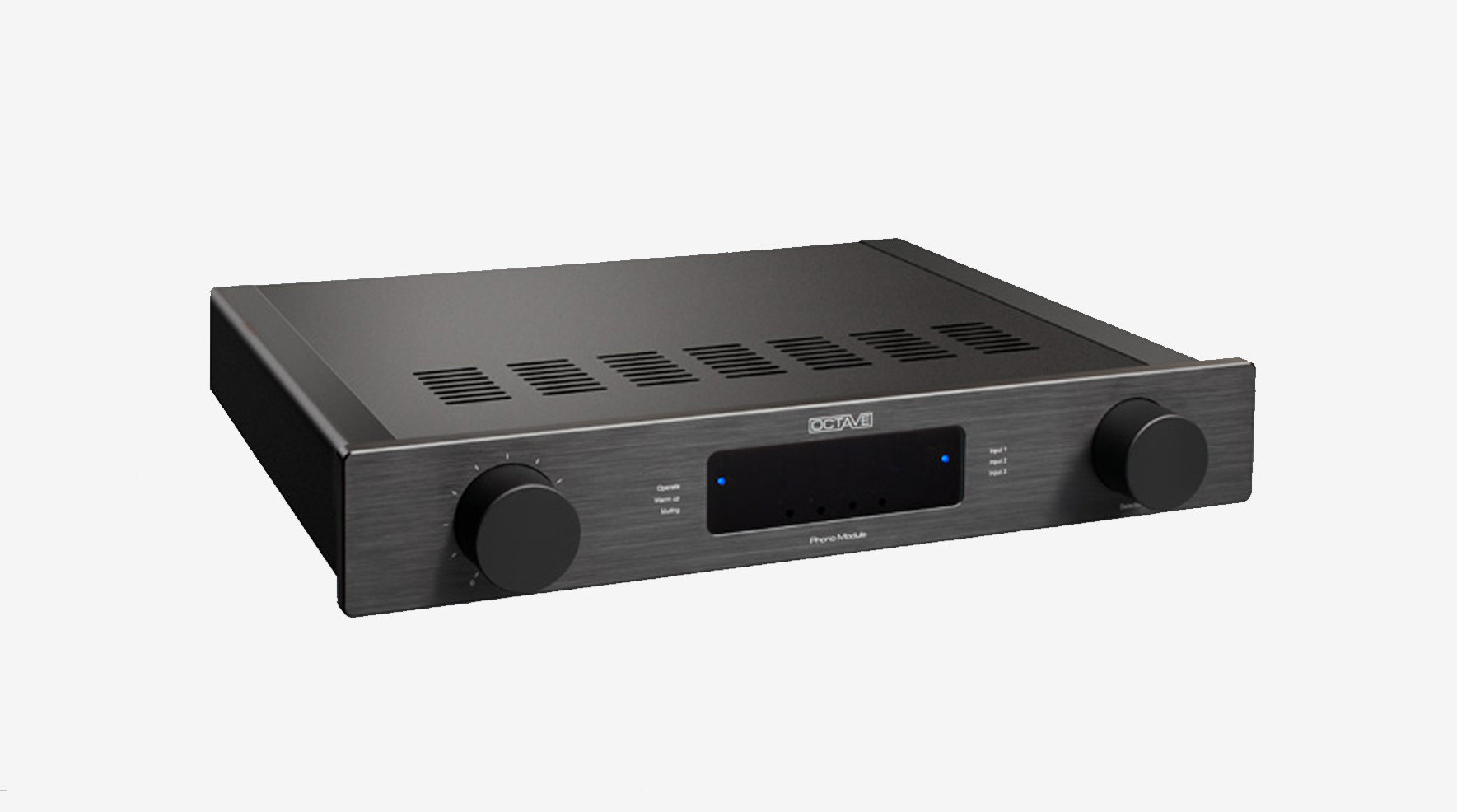 The three Input modules can be used simultaneously. An single-ended (RCA) MM (moving magnet) module, with switchable Input Impedance 1k Ohm and 47k Ohm. An single-ended (RCA) MC module featuring switchable Input Impedance between 50 to 1k Ohm, with Gain adjustable in two steps.
It can be selected from a plurality of input modules. Not only phono, but also line modules available.

There is a balanced MC Module with XLR input jacks, featuring the same Impedance and Gain adjustment as in the unbalanced MC module. The Phono RIAA equalization stage is realized with a tube circuit based on the phono section of the highly-regarded OCTAVE HP 500 SE preamplifier. The RIAA Stage utilizes three tubes to ensure the high gain required by the RIAA correction.The specific configuration, with solid-state devices in the MC input and tubes in the RIAA output stage, allows the realization of a phono preamplifier which surpasses any and all tube designs in respect to spectral clarity and the signal to noise ratio.

The optional Output modules complete the OCTAVE Phono Module: There is the standard single-ended Output Module featuring dual RCA outputs, one with fixed level, the other with passive regulation. The next is the single-ended “ Direct Drive “ Module, also with dual RCA outputs, where the regulated output is buffered to reach a low output resistance to allow for driving a power amplifier directly.

There is also the Balanced (XLR) “Direct Drive” Module, featuring complex circuitry containing a tube and some integrated circuits that form a perfect balanced converter. This regulated output is also able to drive any power amplifier directly, while also allowing the level of the balanced output to be reduced to operate with the balanced line level inputs of a preamplifier. The OCTAVE Phono Module utilizes an external power supply. 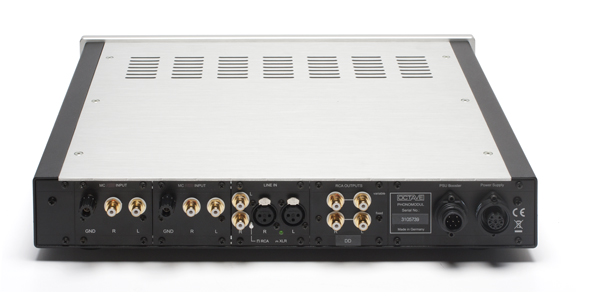 The V 40 SE is a line level integrated amplifier with 2 x 40 W peak output power. He is a further development and direct descendant of the successful V 40 and V 50 amplifier models. His powerful, clear bass fundamentals and his captivating resolution in the high frequencies win much respect. His unique features lift the V 40 SE into the 21st Century, while his performance earned him the rare “Stereoplay Highlight” (issue 07-2009), a prestigious award bestowed by the German high-end audio magazine Stereoplay.

The focus of German high-end audio manufacturer Octave is on serious and innovative development with an emphasis on uncompromising products. This is clearly evident in the company’s smallest model, the V 40 SE integrated amplifier, which embodies all the virtues of the Octave philosophy. Octave essentially optimizes the capabilities of each of its products to the maximum limit within the respective price range. While price will naturally affect the company’s development and production efforts, it of course also provokes the question “what if?”.

The HP 500 has accompanied almost the entire OCTAVE story and thus shaped our company philosophy. For over 15 years, this preamp has stood for high sound consistency and state-of-the-art tube technology, whose top position would never have been possible without regular updates over such a long period of time—————————————